Hi there! Welcome to The Gourmand Mom! I’m a former teacher and current stay at home mom with an insane passion for food. I have two beautiful little boys, a loving husband, and the biggest yellow lab you’ve ever seen. Seriously, he’s huge! I’m also eagerly expecting my third little boy sometime in early May. I love cooking (and eating) good, satisfying food, prepared simply with fresh ingredients. I enjoy all types of food, though mayonnaise gives me the willies and I’m not sure Miracle Whip even qualifies as a food. I’ve been known to talk to my food as I cook it and I despise those little stickers they put on produce.

That’s the short of it.

As a baby gourmand, I grew up surrounded by people who cooked. So, I never questioned my ability to cook. I just did it. With a 1973 set of Better Homes and Gardens cookbooks as my guide, I played with food, eager to create dishes which would surprise and impress my family. Sometimes it worked out; other times, not so much. (The Great Baked Alaska Incident of 1989) But, I plugged along, learning from my family and experimenting with recipes in those cookbooks.

After college, I moved to the New York City area and started teaching at a preschool in Queens. I fed, literally and figuratively, off of the abundance of dining options in the city.  My husband and I experienced some of the best the city had to offer. We even dined at Windows on the World, on top of the World Trade Center; my first experience with a sommelier and a memorable dinner, to say the least. My culinary world was being rapidly expanded.

Right around the same time, I discovered the Food Network channel. Discovery quickly became obsession. Soon, I was speaking with a bit of Emeril’s New Orleans accent (BAM!) and throwing around words like roux and mirepoix. My passion for cooking was rising to a level of distraction. I had a hard time thinking of anything other than cooking.

I casually began looking into some of the city’s culinary programs. I didn’t want to be a chef and I had no aspirations of a career in the culinary field. I was fairly certain of that. But, I desperately wanted to know what chefs know. The thought of enrolling in a culinary program was exciting, but it was also expensive and it felt unjustified. Not to mention, that as a newly certified teacher in New York State, the clock was ticking to complete a Master’s degree. So, I researched a few education graduate programs, but was mostly ambivalent and completely indecisive. All I could think about was cooking.

Then, I discovered the perfect culinary program. The French Culinary Institute, in NYC, offered a program geared towards ‘serious amateurs’.  Called, La Technique, the 110 hour program offered the same basic curriculum as the first part of FCI’s professional program. In fact, upon completion, graduates of La Technique had the option of jumping into the second part of the professional program. This was more than just a series of cooking classes, more than learning to master a few recipes. This was a culinary program, designed specifically for people like me. This was exactly what I was looking for! But, it came at a cost that I just couldn’t rationalize for a hobby. 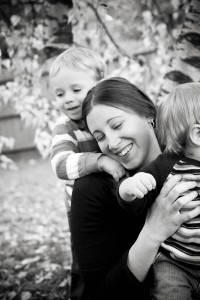 I fretted about it for a while. Then, my husband and I took a trip to California, where we drove down the coast, enjoying wonderful food along our way. In Temecula, we visited with some family friends, an honorary aunt and uncle. We spent a day touring the area’s wineries and enjoyed a fantastic dinner on the patio of one of the wineries. Over the course of the dinner, I talked passionately about my love of cooking, ultimately rising to a wine-induced crescendo of tears. I apologized and expressed the conflict I was feeling about the culinary program. My honorary uncle simply said, “So then, do it.” And suddenly, everything was so crystal clear. So then, do it. Why hadn’t I thought of that?? Why had I been making such a big deal out of this decision? When we returned from our trip, I contacted the French Culinary Institute and enrolled in the next session of La Technique.

And, what an experience it was! I spent 10 hours a week in my chef’s uniform, chopping, mixing, sautéing, and braising. We were issued professional knife kits, a toolbox full of culinary equipment, and a huge manual; all of which I carted back and forth, on busses and subways, between my home, the preschool, and FCI every Tuesday and Thursday. At my preschool, I tried to hide my culinary gear, assuming that my principal would question my decision to delay a Master’s degree; an assumption I later learned was unfounded.

The decision to complete that culinary program settled me in a major way. It calmed me. I never changed my mind about following a career path in the culinary world (and I later did complete that Masters degree in School Administration and Supervision), but the experience at French Culinary Institute satisfied my soul.  And, it armed me with a repertoire of skills which impact the way I approach everything in the kitchen.

So, now here I am, two kids, a husband and the big dog, living my dream, in Central New York, as a stay at home mom! What a lucky girl I am! I started this blog as an outlet for expressing my love for cooking food, eating food, and taking pictures of food. I’m not any kind of expert; just a girl who likes to eat and cook. I hope I might be able to share a recipe or two and maybe inspire you to try something new!

Culinary programs aside, at the end of the day, I believe that the number one factor that makes a good cook is simply a willingness to take chances. Everyone can cook. You just have to be willing to try and open to a few failures. What’s the worst that’s going to happen?

Unless otherwise noted, all recipes, photos, and writing on this blog are the sole property of Amy Deline, The Gourmand Mom.

For any questions, comments, or feedback regarding this blog, you can contact me at thegourmandmom [at] yahoo [dot] com