I’ve discovered the long sought after secret to getting kids to eat their vegetables.

Are you ready for it? 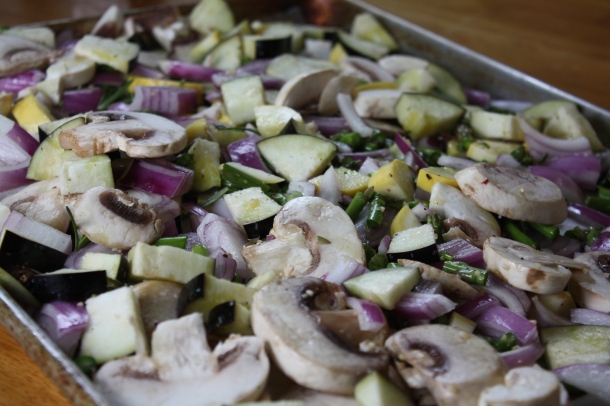 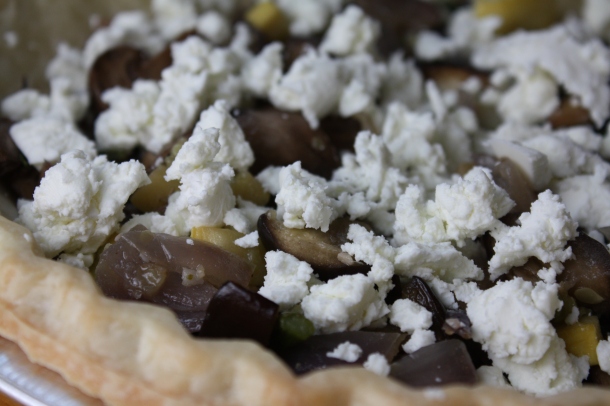 If you’re tearing your hair out trying to barter with your children (two bites of green beans in exchange for a cookie) or trying to rationalize with them about how veggies are good for their growing bodies, then stop right now! You’re doing it all wrong.

Kids are clever, curious, and complicated creatures. But they are not rationale. I mean, my three-year-old believes he can become a firetruck when he grows up, if he just works hard enough. Kids are not concerned with silly things like vitamins and minerals…unless the vitamins are shaped like superheroes and taste like gummy bears. 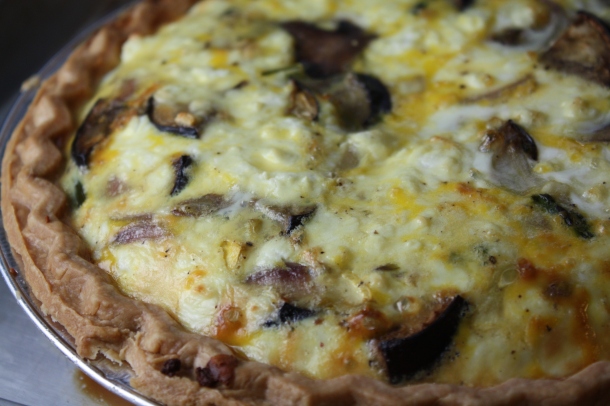 I’m not suggesting that you should neglect teaching your kids about good nutrition. Kids should know the difference between healthy food and junk food. Just don’t treat eating healthy food like a chore. You need to speak in kid-language. And kids don’t eat things because they think it’s good for their bodies. They eat what they think is good.

The simple trick is to handle nutritious foods like the special treat they are. Show them how much you enjoy eating delicious, mouth-watering vegetables. Being good for their bodies is an added bonus they’ll appreciate when they’re older. For now, work the tasty angle. Drool over your veggies. They will follow your example. Empathize with how awful veggies are and they’ll follow that example instead. 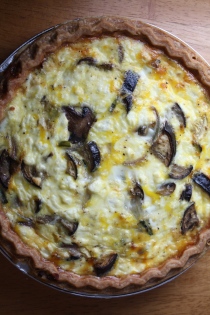 I know it works.

I just stood in the kitchen watching my boys fight over the snow peas in my lunch, with genuine concern over who got more. They snuck them out of my dish as if I were going to cry over my missing snow peas. You should have heard the mischievous giggles as their sneaky fingers worked they’re way into my dish, snatching the crisp, green veggies, while I stood there shooing them away from my delicious snow peas. They go wild for asparagus too. And they’re pretty sure that green strawberry-spinach smoothies are a special dessert.

My kids eat their veggies because they’ve never been given the impression that they should enjoy their vegetables any less than their desserts. They know that vegetables are good for them, because I’ve told them so. But they eat them because they’re delicious. 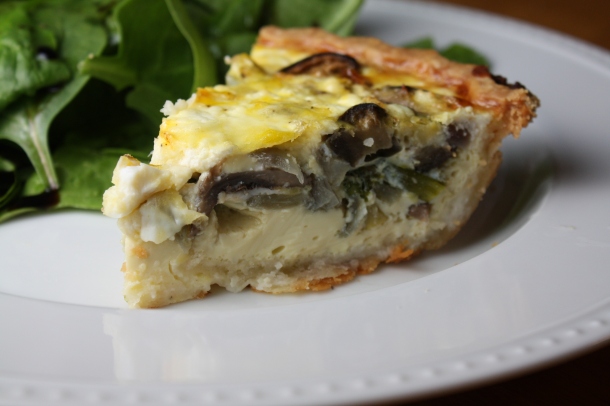 Shhhhh…don’t tell them that some kids don’t eat their veggies. I’ve got a good thing going here!

Roasting veggies brings out their natural, delicious sweetness. Make a huge batch of roasted veggies for sandwiches, omelets, and pasta. And throw some in this fantastic quiche the whole family will enjoy!

*To roast the vegetables: Chop any combination of vegetables into small pieces. Onions, peppers, mushrooms, eggplant, squash, asparagus, carrots, brussell sprouts, leeks, or zucchini would all be delicious. (I used asparagus, yellow squash, baby eggplant, red onion, and mushrooms.) Toss the veggies with a bit of olive oil, minced garlic, rosemary, salt, and pepper. Arrange in a thin layer on a baking sheet. Bake for 40-45 minutes in a 375 degrees oven, stirring every 10-15 minutes.

To prepare the quiche: Preheat oven to 375 degrees. (If using a frozen pie crust, allow it to thaw in the fridge for 20-30 minutes before using.) Line pie crust with a piece of foil.  Fill with dry beans.  Bake in oven for 15 minutes.  Remove foil and beans.  Return to oven for another 5 minutes. (You can save the dried beans to reuse as pie weights.)

Scatter the roasted vegetables in an even layer in the prepared pie crust. Sprinkle with the goat cheese. Whisk together the eggs, milk, salt, and pepper. Pour over the veggies and goat cheese, being careful not to overfill the crust.

Place the pie shell on a baking sheet. Bake on the bottom rack for 35-45 minutes, until the filling has set in the middle. (You’ll know because it won’t wiggle anymore.)

Allow it to cool slightly before serving.  Serve with a side of spring greens or baby spinach with balsamic vinaigrette.

Quiche will keep well in the fridge for a couple days.  You can reheat it in a 200 degree oven until warm.