A Few Variations on Apple Pie

Recently I had an idea which seemed so genius I could hardly believe the internet wasn’t overwhelmed with recipes for it. My idea: a traditional apple pie with bits of warm, melty brie nestled between the sweet apples in a homemade buttery pie crust. Doesn’t the thought of it make your mouth water with anticipation?? 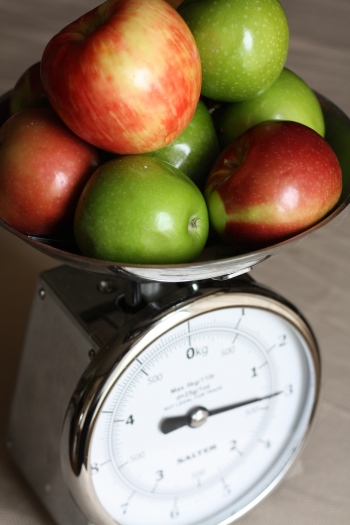 I had to make it. And I did. Only the result was not what I had hoped for. Rather than melting in creamy layers between the apples, the brie seemed to boil in the apples’ juices, becoming firm and a bit rubbery. Far from inedible, but definitely not the decadent twist on apple pie I was hoping to share with you.

So, I put a few other possible apple pie variations out there to my facebook followers. Perhaps a Chocolate Apple Pie or Apple Peanut Butter? Or maybe Apple Cinnamon? Someone even suggested adding raisins to the apple cinnamon pie. In the end, I just couldn’t decide which to make. So, I made four (yes, four) miniature apple pies and then enthusiastically taste-tested every pie, again and again…for the sake of accuracy, of course. 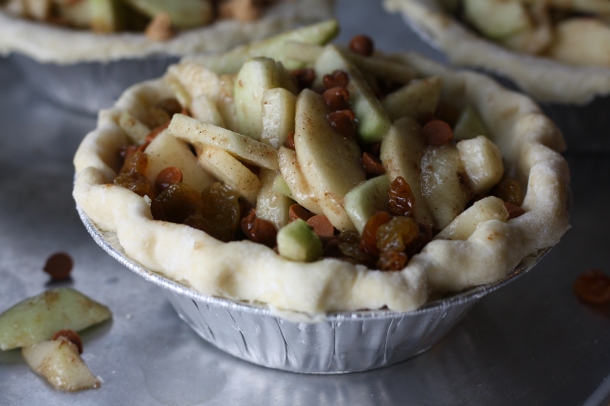 The apple peanut butter pie was my favorite of the bunch, though the apple cinnamon-raisin, made with cinnamon chips and golden raisins, was a close second. Anything with chocolate is better in my book, so I  ate more than a few bites of the chocolate apple pie. And while I was looking forward to the butterscotch apple pie, the addition of butterscotch chips was less than successful. They seemed to separate during the baking, becoming too liquid and then coagulating when cooled…not appealing. (A bit of butterscotch ice cream topping drizzled over the apples before baking may produce a better result.) 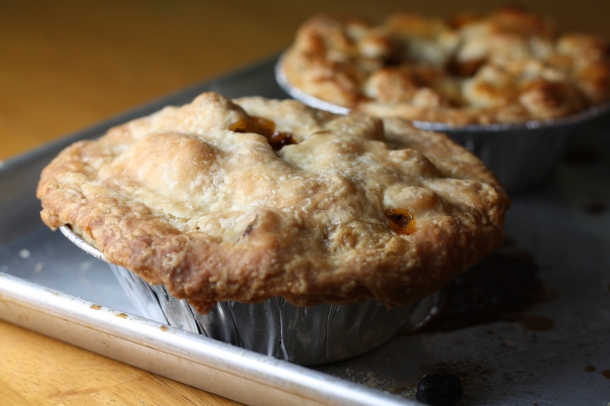 The following pie recipe is for a classic (full-sized) apple pie. You can make it as is or add in any of the optional ‘extras’ for  an interesting twist. I’m still undecided, but I think I’m going to stick with the perfectly plain, classic apple pie, served with a scoop of vanilla bean ice cream, for my Thanksgiving dessert! 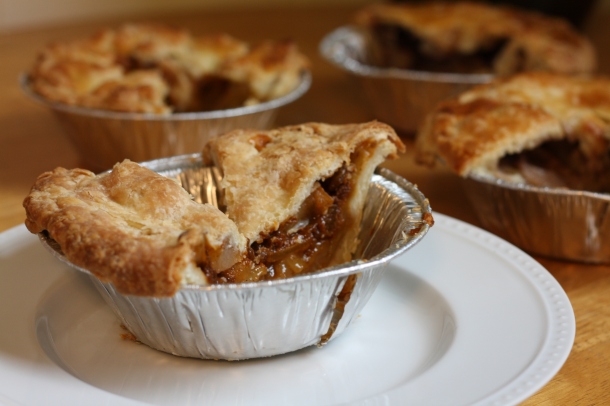 Ok, friends…I’m out of here until after Thanksgiving. Time to put all of my energy into preparing our feast. But I’ll be around if you’re in need of Thanksgiving meal recommendations or advice. Just shoot me a message as a comment on this blog or on The Gourmand Mom facebook page.

Happy Thanksgiving to you and yours. I count you all amongst my many blessings to be thankful for!

* I highly recommend a homemade all-butter crust. Click HERE to my my step-by-step photo guide.

**Use a combination of apples for an interesting flavor and texture. You’ll want to use mostly apples that hold there shape when baked, liked Granny Smith, Honey Crisp, Golden Delicious, or Northern Spy, but I also like to throw in a few apples that soften when baked, like Macintosh or Cortland. (I used about 1.5 pounds Granny Smith, 1 pound Honey Crisp, and 1/2 pound Macintosh in my pie.)

Preheat oven to 375 degrees. Press one of the pie crust doughs into your pie plate. Toss the sliced apples with the sugars, cinnamon, ginger, nutmeg, and flour. If desired, toss in one (or more) of the optional extras. Pour the mixture into the unbaked pie crust. Cover the apples with the second pie crust dough and use a fork or your fingers to seal the edges. Cut off any extra pie dough. Use a knife to cut an ‘X’ in the center of the pie to allow the steam to vent during cooking. Bake for about 55 minutes. Allow to cool for a few hours before serving.