Physicists define entropy as: a measure of the disorder or randomness in a closed system; inevitable and steady deterioration of a system or society.

Sometimes my home feels like a case study in entropy. 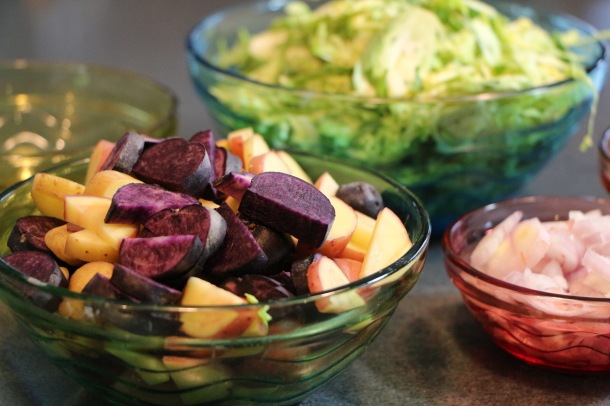 A few years ago, I returned home from a grocery shopping trip with the three boys to find that our senile labrosaurus rex (aka: enormous 11-year-old yellow lab) had emptied the entire contents of the trash, chewed it to smithereens, and scattered the remains throughout the main floor of the house.

It was a true masterpiece of canine art; the grand finale of his life’s work.

And there I stood, arms full of groceries, three small people whirling around me, surrounded by millions of filthy bits of trash. 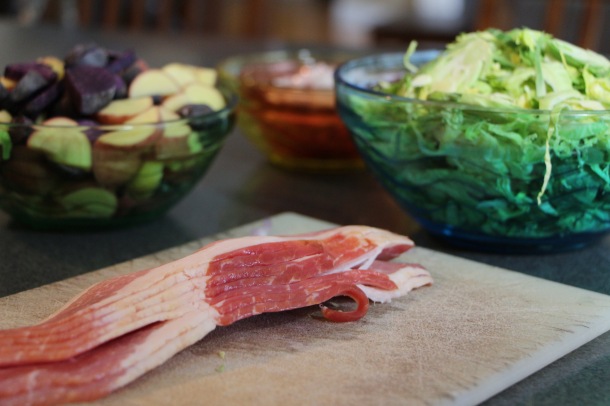 So, I stuck the baby in his highchair with a nutritious pre-dinner amuse bouche of oreo cookies. Then I enlisted the older boys’ help in picking up the living room, while I handled unpacking the perishable groceries and picking up the kitchen mess. Under the circumstances, we were all handling the situation with impressive zen.

And then, as I began loading the gallon of milk into the fridge, I lost my grip and it began to fall towards the floor. I reacted with ninja-like reflexes and caught the milk before it crashed to the trash-covered floor. A momentary triumph, until I realized that in the process of catching the milk, I’d knocked one of the fridge door shelves with my elbow, sending the shelf and its contents crashing to the floor to mingle with the dog’s trash mess.

I took a deep breath, then grabbed some paper towels and got down on the ground to begin cleaning up the broken glass, sticky hoisin sauce, and olives, which had married themselves with the kitchen mess.

Once most of the trash was picked up and the floor dry, I ran the vacuum to ensure no bits of glass remained to injure small bare feet. Then, I finished unpacking the groceries, fed the boys, and sat down to take a breath. It was then that I noticed the piercing pain coming from my toe, which had been impaled by a bit of glass.

At the time, it seemed like such a noteworthy series of chaotic events. Little did I know that such series of entropic events would become so normal they’d barely merit any attention at all. In my almost 9 years as a parent, I’ve come to realize that chaos ebbs and flows. There are periods of time where the demands of family life feel so impossibly insurmountable, no super hero could possibly win this war. And then, just when I’m ready to waive the white flag, things magically return to some semblance of normal, even if chaos is the new normal.

I’d be lying if I said that experience has taught me to thrive on chaos or to go with the flow. I rarely go with the flow. What I have learned though is that the roaring flow of chaos is always peppered with islands of blissful peace. You just have to hang on until you can get yourself onto one of those islands for a brief reprieve.

And in between the islands of peace, there is wine.

The final dish, served in Italian-Inspired Serving Bowl from Avon

This brussels sprouts recipe is inspired by a side dish which accompanied a pan-roasted chicken recipe from Plated. Combined with potatoes, it makes an easy all-in-one veggie and starch side dish for just about any meal. I served it alongside a simple halibut piccata, but I could easily eat a whole bowl of this on its own. This recipe has a high likelihood of turning just about anyone into a raving brussels sprouts fan.

Place potatoes in a medium sized pot. Cover with cold, generously salted water. Bring to a boil over high heat. Cook for about 5 minutes, under just fork tender. Drain and set aside. In a large pan, cook bacon over medium/medium-high heat until crisp. Remove bacon using a slotted spoon and set aside. Leave the rendered bacon fat in the pan. Add the shallot to the pan with the bacon fat. Cook for 4-5 minutes, over medium heat, until tender and golden. Add about a tablespoon of olive oil to the pan, if little bacon fat remains. Add the brussels sprouts and potatoes. Cook over medium high heat for about 5-7 minutes, until the potatoes begin to brown. Return bacon to the pan. Season with salt and pepper, to taste.