What a Watermelon Roll!

My ice cream maker hates me. Honestly, I don’t blame it. It’s been sitting in my basement, neglected for years. My husband bought it for me several years ago. I was thrilled at the time. I opened the box and tenderly caressed my new toy. I had big plans. I was going to be an ice cream maker extraordinaire, put Ben and Jerry’s to shame, give Mr. Baskin and Mr. Robbins a run for their money. And you know what? In all the years I’ve had the ice cream maker, I haven’t made even one single batch of ice cream.

Sort of reminds me of the summer my dad decided he was going to become an amateur fisherman. He went out and bought all of the supplies; a couple rods, lures, and a box to keep it all in. He fished for a summer, which is more than I can say about me and my ice cream maker. But then the fishing supplies got packed away alongside the abandoned bread machine and juicer. My sister blames Price Club for all of their tantalizing deals, which repeatedly sold our father on new hobbies alongside large tubs of mayonnaise and 100-packs of toilet paper.

But this post isn’t about fishing, juice-making, or other neglected hobbies. It’s about ice cream. I was inspired to give my ice cream maker its maiden whirl by a friend of mine, who recently started a wonderful blog with her sister, www.weknowstuff.us.com. They write about all sorts of interesting topics, including childcare, healthy eating, caring for an elderly relative, and my favorite topic, recipes! In one of their recent posts, they shared a step-by-step recipe for Watermelon Ice Cream, slightly modified from an Emeril Lagasse recipe. The little chocolate chip seeds are what really sold me. I was instantly reminded of the delicious Friendly’s Wattamelon Roll, which my husband goes gaga for, and set my mind on making one. 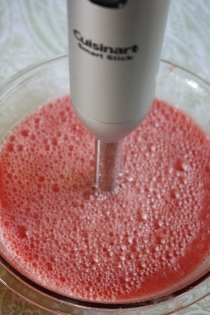 There’s a long story here, involving the mutilation of multiple innocent watermelons, an angry and uncooperative ice cream maker, and four (yes, four) batches of watermelon ice cream/sherbert and one batch of lemon sherbert. There are tales of too icy, too creamy, and too sweet. There are tales of repentance and forgiveness. I could regale you with stories of watermelon water content, ice-crystallization, cream vs. milk, and no-sugar added. I could explain why I chose to make a sherbert instead of an ice cream. But, I won’t bore you with the details. Suffice it to say, the ice cream maker and I are now the best of friends and I mastered two beautiful, melt-in-your-mouth sherbert recipes.

Enjoy either recipe on its own or use the two recipes together to make your own watermelon sherbert roll with all the same flavor of the original Wattamelon Roll, minus the Disodium Phosphate, Red 40, and Blue 1.

But first a few tips from my weekend of ice cream making: 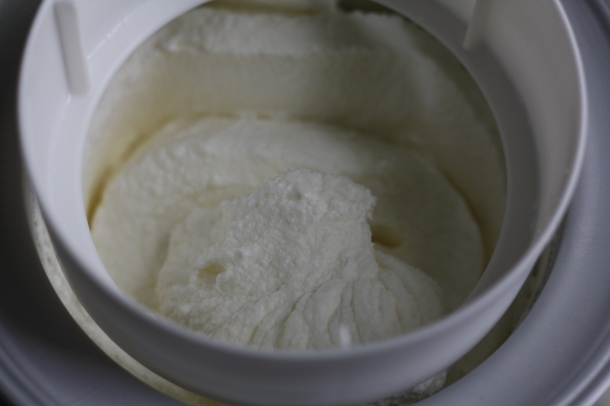 Combine the cream, milk and sugar until completely dissolved. Add the lemon juice. Stir to combine. Pour the mixture into your ice cream maker and freeze according to your machine’s directions. 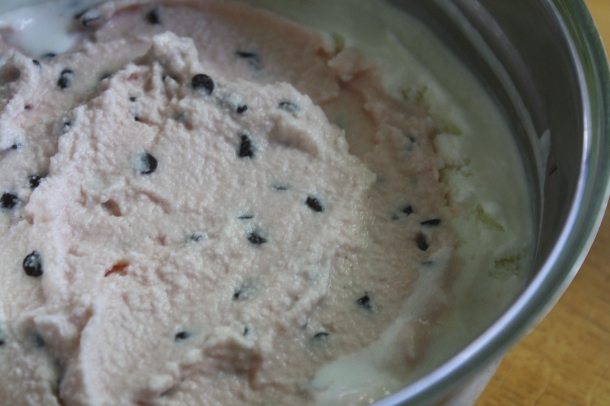 Puree the watermelon until it’s liquid. You should have about 3 cups of watermelon liquid. Pour the liquid in a saucepan and simmer until the liquid reduced to about 1 cup. It will appear thick and syrupy. Cool the liquid completely. In bowl, combine the milk, cream, and sugar. Stir until the sugar is completely dissolved. Add the watermelon mixture to the cream mixture. Add the lemon juice. Stir to combine.  Pour the mixture into your ice cream maker and freeze according to your machine’s directions. When the mixture has thickened, add the chocolate chips to the machine. 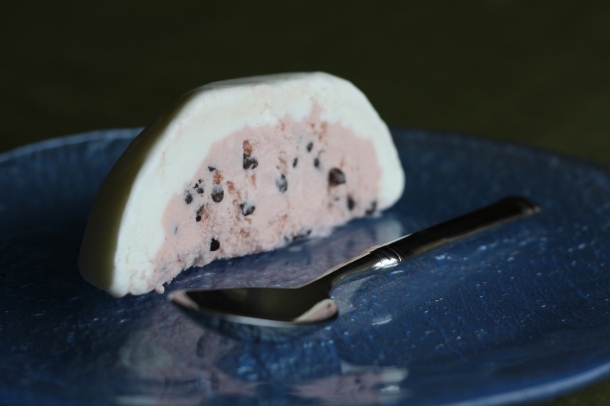 To create a watermelon roll, press lemon sherbert onto the bottom and sides of a round bowl. Fill the center with watermelon sherbert and freeze. If desired, paint the exterior with green food coloring.

Another alternative is to create watermelon pops. 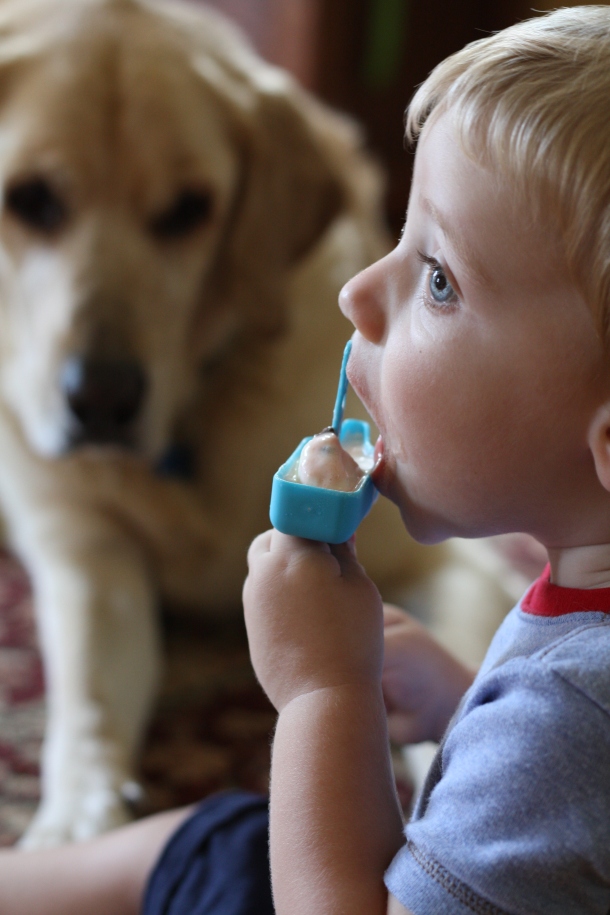